Since Air Berlin ceased operations in October, the majority of nonstop destinations out of Berlin can now only be reached via hub-airports such as Paris, Amsterdam, Munich, Frankfurt, Zurich or Vienna. To cover the increased demand on the flights between Berlin and Frankfurt, Lufthansa operates a Boeing 747 Jumbojet in November. I took the chance to fly the LH Business Class on the first 747-flight to Berlin. Here is how it looks like... 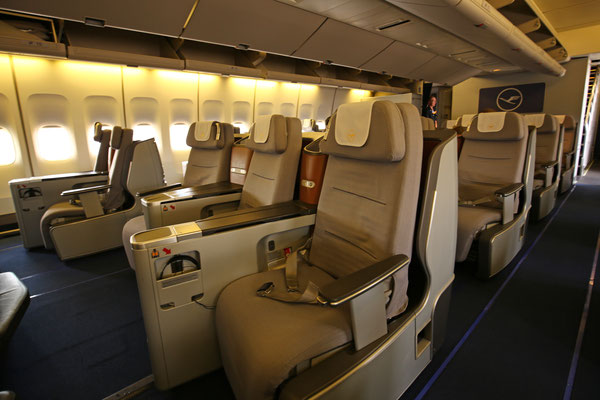 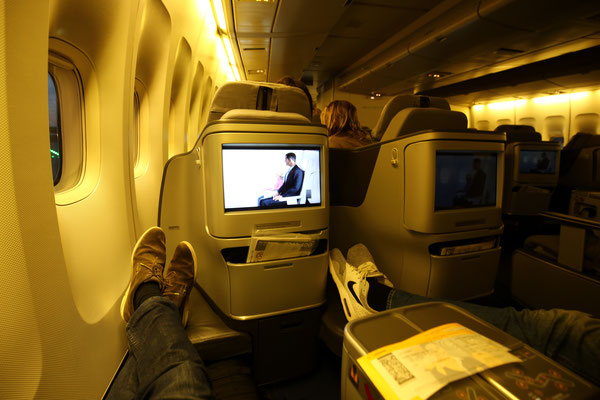 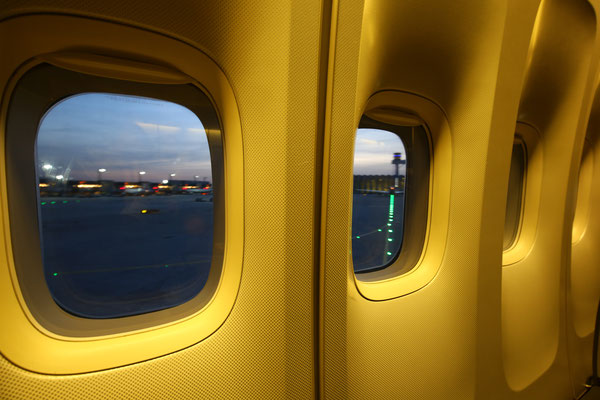 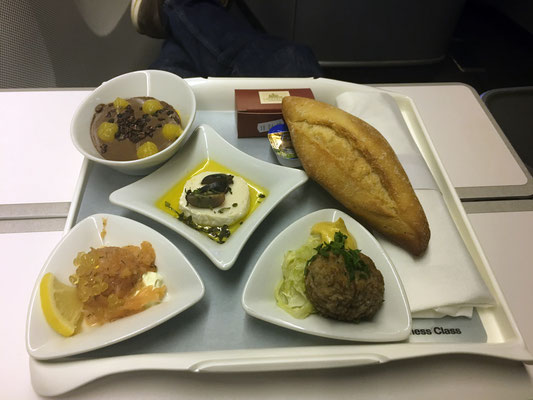 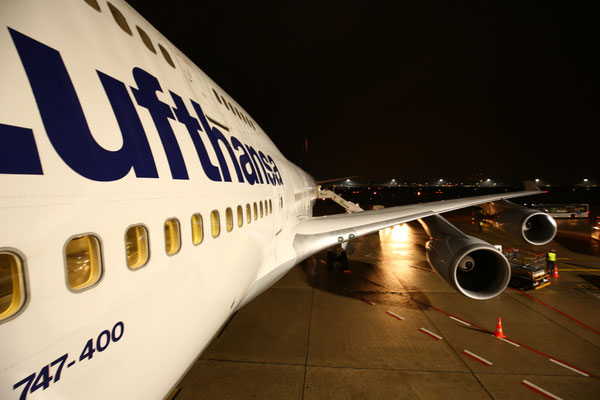 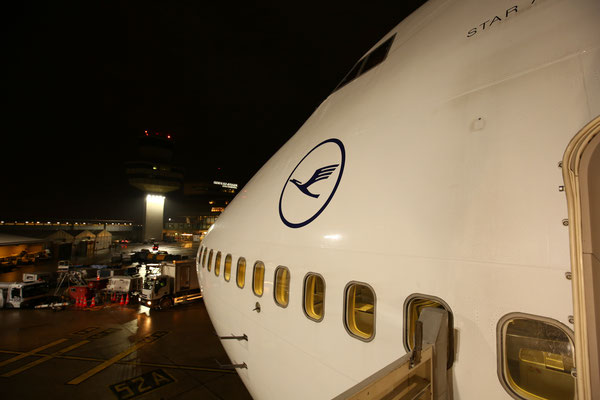 After boarding, we were welcomed by the very friendly cabin crew. There were quite a lot of journalists on board for the maiden flight of the Boeing 747 between Frankfurt and Berlin. The seats are very comfortable and after adjusting them inflight, we received our dinner. Very delicious and a hard time for the cabin crew since the flight time is less than an hour! As Tegel has no gates available for the Jumbojet, we parked right in front of the Terminal and left the aircraft via stairs. 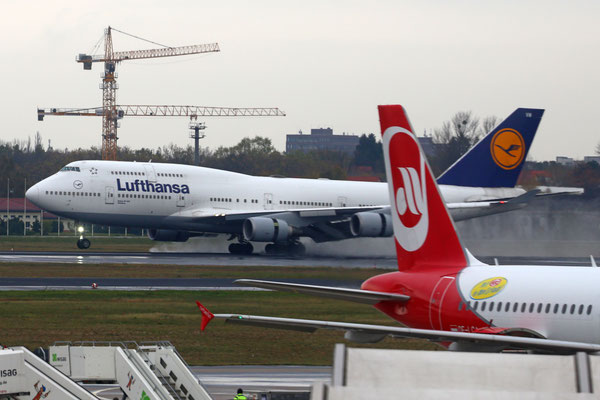 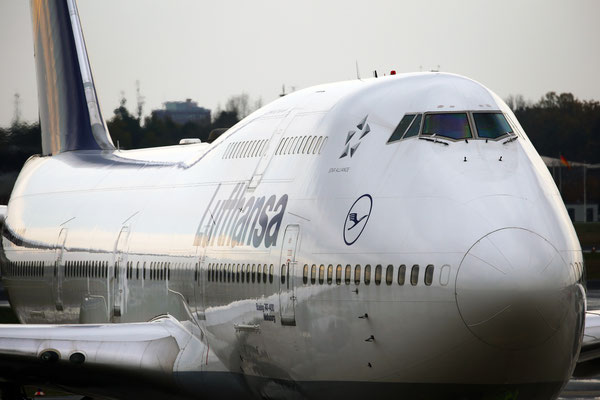 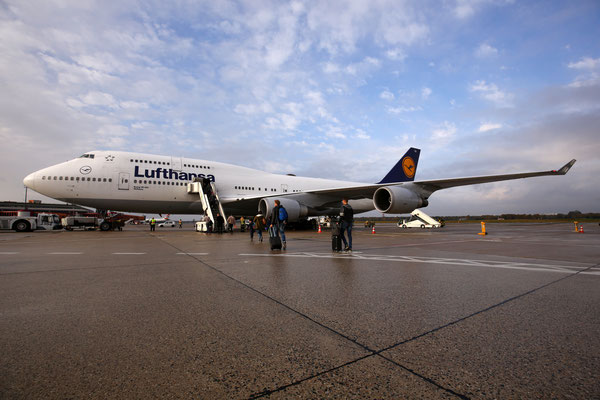 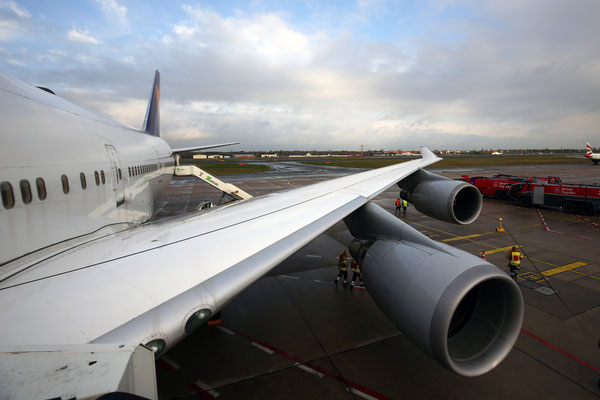 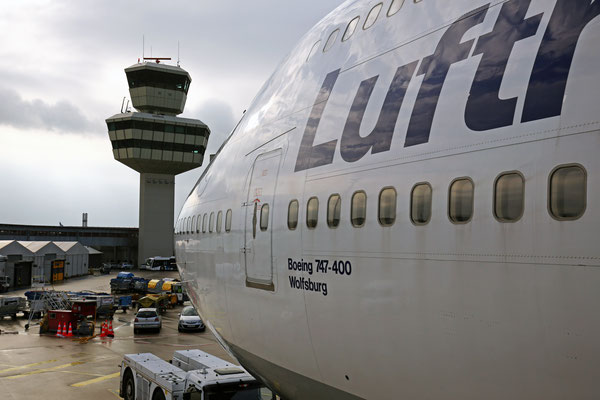 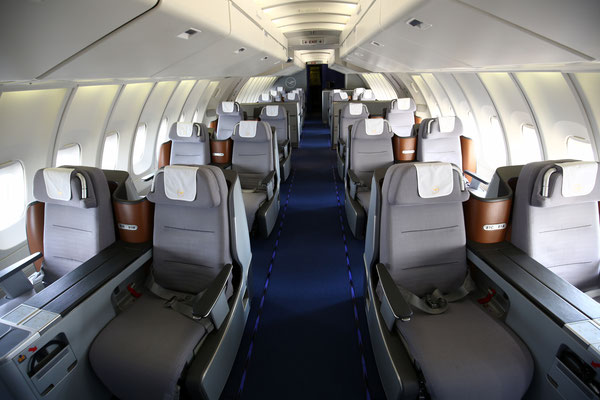 We were heading back the next day in D-ABVW, called "Wolfsburg". I had the chance to visit the upper deck, however it is closed for the short haul operation to prevent excessive boarding times. The turnaround times in Berlin are the same as the A320-turnarounds. The Jumbo already brings its fuel for the way back to save even more time on the ground. All in all a nice experience, maybe the operation will be extended intodecember as Lufthansa is unable to send additional A320's to Berlin for the time being. I would love to see this heavy in Berlin more often...

Are you a Jumbo-Fan? Check out our Boeing 747 Jumbojets 2018 Wallcalendar on www.glaeropics.com and order right away as a christmas present :)

Thank you for supporting ATCpilot.com. If you have any ideas for content, please do not hesitate to get in touch! Email info@atcpilot.com